At the beginning of the year, Europe was abounding with optimism – a new year, a new decade, and a newly inaugurated Commission with a fresh, forward-looking mandate. This felt like the year that Europe could finally disengage from crisis mode, and look to the future. A smart, green, carbon neutral economy, with burgeoning industry and prospering society was within Europe’s grasp.  Alas, nine months on, 2020 will go down in history as the annus horribilis of our time. But as the fallout of this latest historic crisis weighs heavily on Europe’s fragile societies, can President von der Leyen inject some much-needed vitality into the economic recovery? 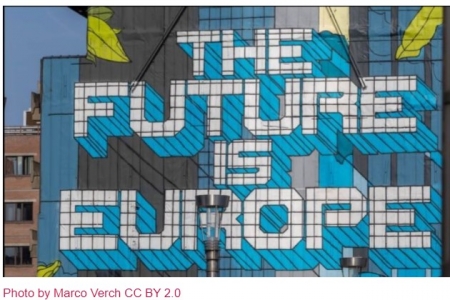 Six months on from the arrival of COVID-19 on our shores, the European continent has shown incredible unity in adversity, as all sections of society have pulled together to deliver Europe from the grip of the pandemic. Frontline health workers are going above and beyond the call of duty, readily putting themselves in harm’s way to save the lives of others, while governments and institutions are coming together to keep economies afloat, taking measures in record time. Businesses across the bloc also played their part by moving capacity into the production of personal protective equipment, and researchers work around the clock to find the remedy to the virus. While ‘normality’ is a concept that will never be understood in the same way as it had been pre-pandemic, there is a sense that we are navigating the path towards the ‘new normal’.

It is in this context that President von der Leyen took the stage this week to deliver her first State of the Union address to the European Parliament. Her message was clear. It is time for Europe to make change ‘by design, not by disaster’.

The determination is that this latest crisis to rock the EU cannot, must not be wasted. The time is nigh for Europe to shape its destiny and build the future in its image. To that end, the European recovery plan includes the new Next Generation EU instrument, the EU’s first foray into the bond markets as a single borrowing entity. American companies in Europe support the President’s political vision to power the recovery by boosting the green and digital transformations. The business community stands ready to play its part in developing the innovative, efficient and cost-effective solutions necessary to achieve the EU’s climate goals. Data flows, artificial intelligence and connectivity infrastructure will also be key drivers here, as Europe attempts to orient its industry and its economy towards the future.

One lesson to come from the pandemic is that the Single Market is the sine qua non of the European project. The Single Market links Europeans together, from the Atlantic to the Baltic Sea, and down to the Mediterranean. The Single Market spells opportunity: opportunities for businesses to trade and expand their interests beyond their national borders; opportunities for consumers to benefit from greater choice and lower prices; opportunities for Europe to project itself outwards to the world as a competitive trade bloc. The work at institutional level must continue to bring down barriers to a strong Single Market, focus on science-based legislation and protect the four freedoms of movement in order to harness the full potential of Europe’s economy. Member States must work with the Commission to ensure consistency in implementation and application of Single Market legislation.

Finally, in a changing world, Europe has understood that it needs to carry greater responsibility in defending the world order that it had played a significant part in creating. The UN, the WHO and the WTO are behemoths of international organisations. While many argue that reform is required, disengagement from these institutions cannot be an option for decision makers who support open, democratic and competitive societies. Businesses, citizens and governments rely on free trade. This is particularly true of the transatlantic economy – the largest trade partnership in the world. Europe and the US must continue to work constructively together to ensure that the transatlantic partnership remains the gold standard of openness and cooperation. American companies look to all international partners to double down on their commitment to multilateral institutions.

All in all, in spite of the development of a health crisis to dwarf all previous crises, the picture of the work to come from the von der Leyen Commission leaves substantial cause for optimism. Unprecedented times have called for unprecedented measures. Europe’s policymakers have duly delivered. Now can they seize the moment to build a more resilient economy, founded on the values that Europe holds dear? If they can, then the future will surely be Europe’s.