Women are underrepresented in STEM, despite the high demand for professionals in these fields and the economic benefits that gender equality would bring. 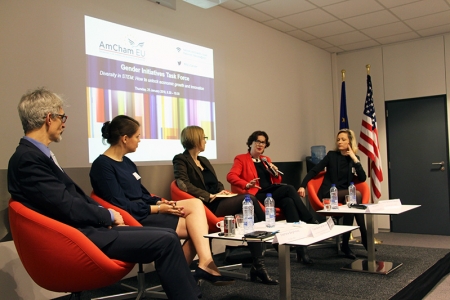 On Thursday, 25 January, the Gender Initiatives Task Force organised a fifth edition of its breakfast series to look at ways to address this lack of diversity in STEM.

Stephane Berghmans, Vice-President of Global Academic and Research Relations at Elsevier, set the scene by sharing key findings on the role of gender in the world of research presented in Elsevier’s report. Although the proportion of female researchers is increasing, scholarship in engineering continues to be dominated by men.

The shortage of women in STEM careers can be explained by a number of factors, including less encouragement to pursue math and sciences from an early age; a lack of education or exposure about potential careers in this field; and entrenched gender stereotypes and unconscious bias, among other factors. Positive role models and greater exposure to science and new technologies are pivotal for girls to pursue and thrive in a STEM career. At the event, business and government representatives spoke about their work to increase women and diversity in STEM, including programmes focused on education, job shadowing and mentorship programmes. Improving STEM education and skills across Europe are thus an important point for business, EU policy-makers and Member States to consider. 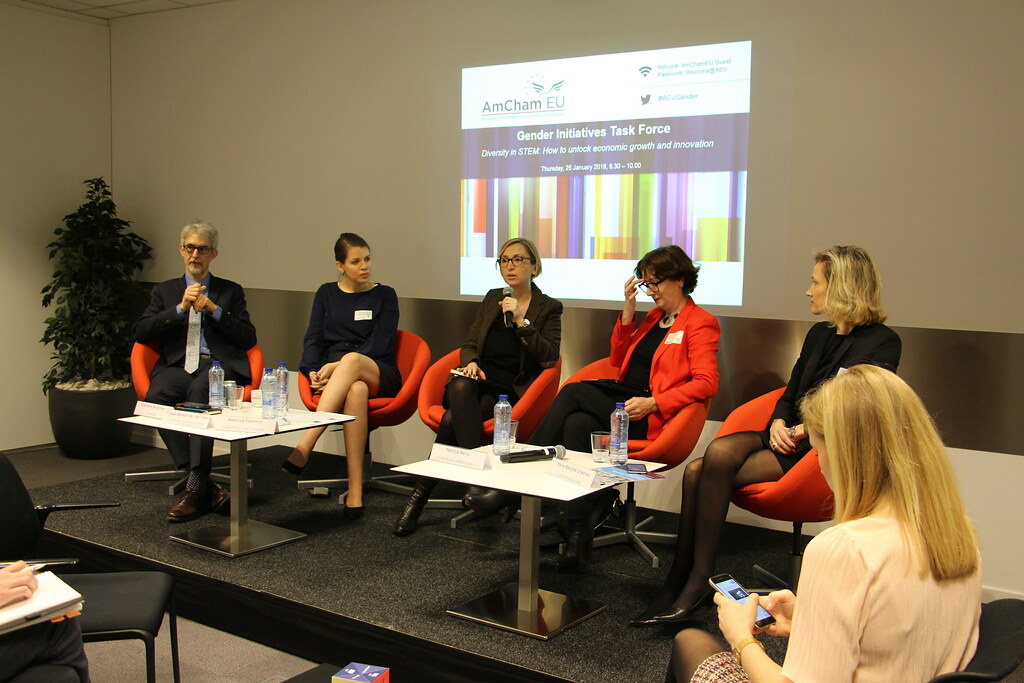