The AmCham EU Presidency Group travelled to Bucharest, Romania from 23-25 October for a series of meetings ahead of the upcoming Romanian Presidency of the Council of the EU, commencing on 1 January 2019.

Romania’s commitment to the EU and their support for strong transatlantic relationship was reiterated in each meeting. Notably President Iohannis underlined the government’s commitment to better inform its citizens about the EU and its impact in Romania.

A special thank you to the US Ambassador to Romania, Hans Klemm, for not only providing a thorough briefing to the delegation but also for hosting us at his residence for a reception.

AmCham EU would like to wish our Romanian friends a successful Presidency. 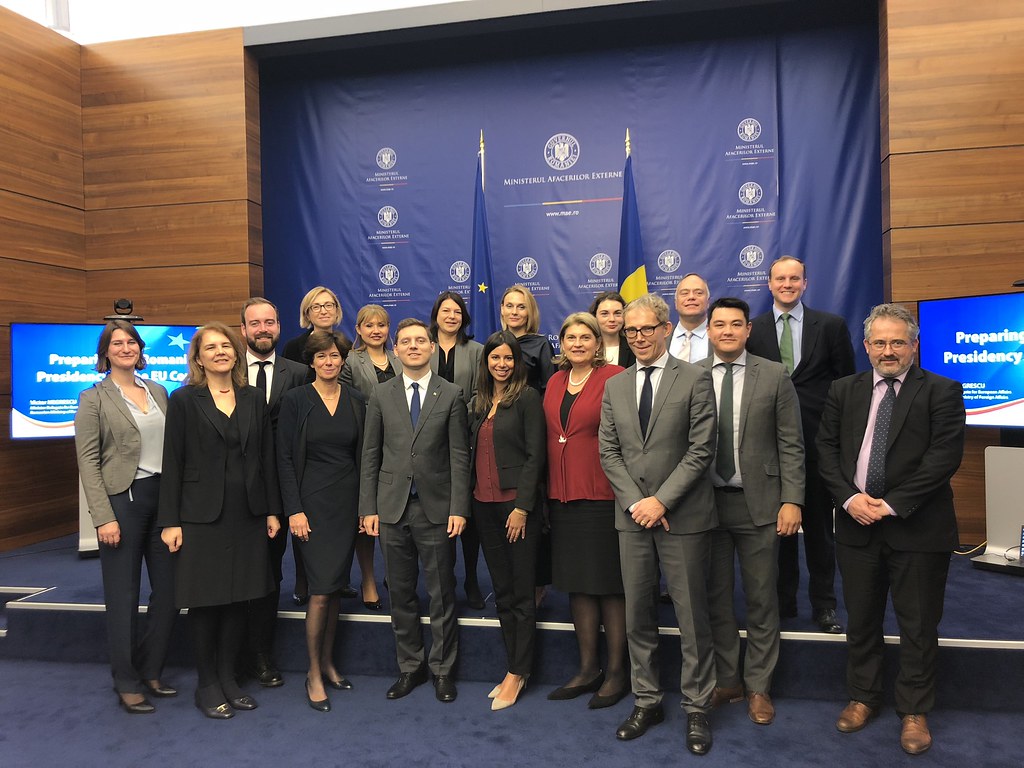