The EU-Vietnam FTA: Opportunities for European and Vietnamese business, consumers and workers growing better together

Following on from the strong support of the International Trade committee on 21 January 2020, the undersigned business associations respectfully request that Members of the European Parliament (MEPs) consider the benefits for both sides and approve the EU-Vietnam Free Trade Agreement. Support from the European Parliament on this deal would lead to increased partnership and dialogue as well as expand cooperation globally and with Vietnam. 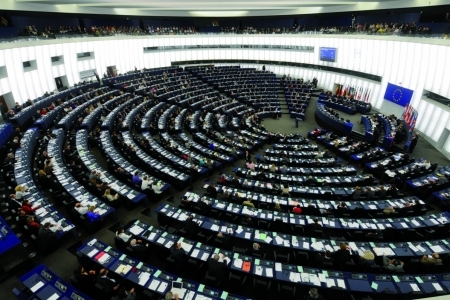 We note that the negotiations on the EU-Vietnam FTA concluded in December 2015, and both European and Vietnamese businesses and consumers have been waiting since then for its ratification and entry into force.

The trade agreement, with its liberalisation of tariffs and deepening of business links, represents a great opportunity for European businesses – granting access to a strong emerging market of close to 100 million people. It also opens the door to partnership, dialogue and cooperation with Vietnam creating stronger ties with the South-East-Asian region and will raise standards for consumers and workers alike.

The agreement contains a strong chapter on trade and sustainability, to which the Commission and Vietnam have made a strong commitment to ensure close compliance. Furthermore, the Vietnamese government has made an equally strong commitment to address earlier concerns about workers’ rights and ratify and implement three core ILO conventions. One of these has already been transposed into Vietnamese law, and the Vietnamese government will implement the others shortly, significantly improving the situation of workers in Vietnam.

The EU-Vietnam Business coalition firmly supports the approval of the EU-Vietnam Agreement, and we ask for your vote to ratify this Free Trade Agreement in the upcoming plenary vote.

This press release has been co-signed by the following trade associations: