Brussels, 12 October 2017 – The American Chamber of Commerce to the European Union (AmCham EU) announced today that Maxime Bureau, Head of Government Affairs, EMEA, 3M, has been elected as its new Chairman. 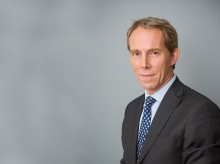 A French national and committed European, Mr Bureau has been an active member of AmCham EU for almost fifteen years. Along with coordinating policy engagement at 3M, he is also a member of the company’s Extended Operating Committee for EMEA. Prior to joining 3M, Mr Bureau held a series of positions with GE, Deloitte and the European Commission. His career has spanned across Europe, having also worked in Paris, London, Prague and Kiev.

On his priorities for AmCham EU, Mr Bureau stated: ‘At times of change, AmCham EU is a bridge builder and policy driver, bringing business and government together on both sides of the Atlantic. With growth on the rebound in Europe and a renewed political vision for the EU, there is a great window of opportunity. We need a strong economic environment that supports job creation and prosperity for citizens. Let’s work together to strengthen the Single Market and make Europe a more attractive destination for investors and entrepreneurs.’

He went on to say: ‘American companies have long-standing roots in Europe and are deeply involved in local communities across the continent. From gender equality to education, we will continue to engage on key societal issues and support the UN’s Sustainable Development Goals’.