For the seventh edition of its ‘Town Hall’ for members, AmCham EU connected with Klaus Welle, Secretary-General, European Parliament. In his remarks, Mr Welle summarised the measures taken by the European Parliament during the COVID-19 crisis. Business continuity has been guaranteed thanks to a digital upgrade that allows remote voting, participation to the Committees’ meetings as well as to the Plenary sessions and on Monday, 8 June, the first virtual trialogue will take place.

Beyond ensuring the protection of its personnel and business continuity in the new virtual environment, the European Parliament also implemented some practical solidarity measures such as using its canteens to prepare meals for people in need as well as for medical staff; protecting vulnerable women by accommodating them on the European Parliament premises in Brussels and using its cars and truck fleet for transportation of food to doctors and nurses. 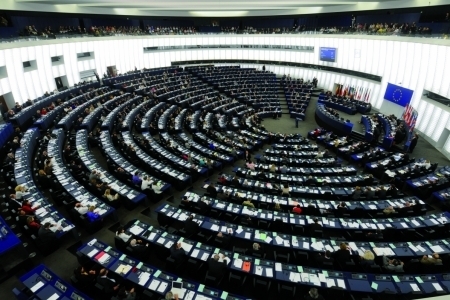 Moreover, since Monday, 11 May, the Louise Weiss building in Strasbourg has been transformed in a screening center to test the general population under the supervision of the Regional Health Agency and the Prefecture. To conclude, Mr Welle stressed the need to better communicate what the European institutions are doing during this crisis not only on legislation developed to tackle the COVID-19 outbreak but also on actions aimed to support the local communities in which they operate.