Roger Coelho, Acting Policy Director, participated in a panel at The EU & FDI: Love Lost? Conference in Malta on 7 April. In his intervention, Roger spoke about why US companies invest in Europe and what impact these companies have on the European economy. 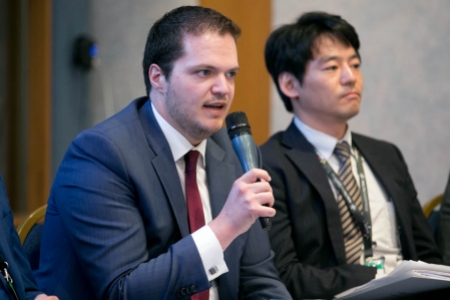 The conference, organised by MaltaEnterprise, focused on how Foreign Direct Investment (FDI) has been one of the motors of globalisation over the past several decades and the EU has simultaneously been a major source and destination of FDI, regularly appearing close to or even at the top of both lists. The EU’s competitiveness as a global hub for FDI is therefore an issue of global significance.

Speaking on the panel focused on enabling third country investments in Europe, Roger highlighted some of the recent figures on US investment in Europe. For example, over many decades no place in the world has attracted more US FDI than Europe. Since the start of this decade Europe has attracted 58.5% of total US global investment — more than in any previous decade. He also highlighted the impact on jobs: US affiliates directly employed an estimated 4.7 million workers in Europe in 2015 — 140,000 more than in 2014.

The conference was a great opportunity to convey the message of why Europe matters and why US companies are committed to Europe through their investments and other projects such as R&D partnerships.