Home » Getting ready for the Dutch Presidency

Getting ready for the Dutch Presidency 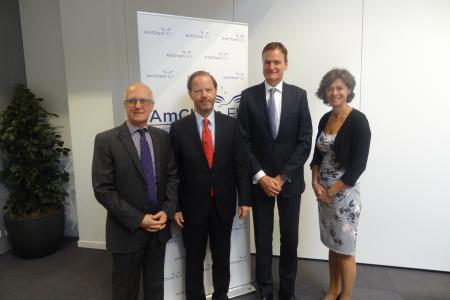 The Ambassadors met with members of the Presidency Group who are preparing for their delegation to The Hague later this year. Ambassador de Gooijer presented the three underlining themes for the Presidency: Durable Job Creation, Better Regulation and Stay Focused. These themes fit in with the ongoing discussions on several files and some new ones which the Dutch expect to start the work on. In general some of the key issues the Dutch Presidency will focus on include the Digital Single Market, TTIP, Capital Market Union and Energy Union just to name a few. Another crucial file will be the budget discussion which will take a lot of the Presidency’s resources.

The meeting was also an opportunity for members to present some of the priorities and issues Amcham EU’s committees are working on. Overall the meeting was very informative and AmCham EU looks forward to continuing working closely with the Dutch Permanent Representation in the coming months.