On Tuesday, 3 November 2020 the US went to the ballot to elect its next President. To mark the occasion, AmCham Slovenia held its Virtual Election Night, in which Susan Danger, CEO, AmCham EU participated as a panellist alongside Emmanuel Adam, BritishAmerican Business and Andrew Anzur Clement, political scientist and author; moderated by Asja Vodnik, CEO, AmCham Slovenia. 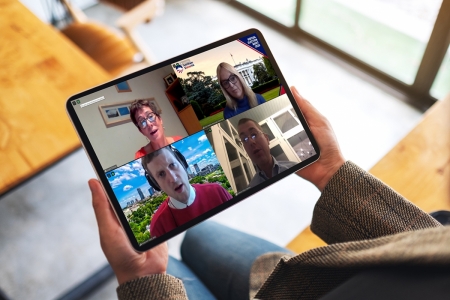 Asked what the priorities for businesses in Europe right now were, Susan reflected that the economic recovery from the COVID-19 pandemic remains the priority. Within this, she pointed to two strands: The Green Deal and ensuring that the recovery is sustainable; and the digital transformation, by ensuring that the workforce of tomorrow is ready for the transformative effect that new technologies will have on the economy.

On the transatlantic relationship, Susan pointed out that the relationship is absolutely vital both in economic and security terms for both the EU and the US and that it will remain so regardless of the outcome of the US election. She stated that the EU and the US have far more in common than they do have differences. 16 million jobs ride on the relationship, while it is worth one third of global GDP. The importance of the relationship will not fundamentally change, regardless of who takes office. She warned that there are challenges ahead but called on both sides to face down the common challenges we face together.

Finally, when asked about wider trade trends, Susan pointed out the need for trade to remain international, built on the foundation of a multilateral rules-based system. She called on businesses to advocate in favour of de-escalation of trade tensions, and a renewed embrace of multilateralism and cooperation. With regard to the WTO, Susan made the case for reform of the organisation from the inside. She called on the US to lead on reforms as the most constructive approach.

As a closing remark, Susan called on the business community to defend trade that is open, free and fair.