On Wednesday, 18 November AmCham EU hosted the 37th Annual Competition Policy Conference sponsored by Baker Botts and Brunswick together with media partners MLex and PaRR. The conference was titled ‘A new world: The EU’s refit of competition policy and its impact on the economy and politics’ reflecting upon the impact of a number of initiatives in the area. View the conference here. 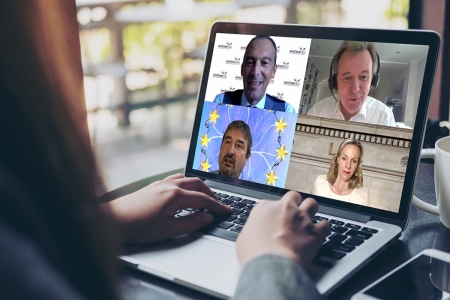 Introductory remarks were provided by Zeger Vercouteren, Chair, AmCham EU (J&J) following which a keynote speech was offered by Olivier Guersent, Director-General for DG Competition. Referring to COVID-19 and the ongoing pandemic, Mr Guersent spoke about the opportunity to implement a new economic model as we rebuild from the crisis. Thus Europe – and the world – must now reflect on three challenges which also impact on competition policy: the need for a more resilient economy and the twin transition to a greener and more digitalised economy.

Professor Anu Bradford, Columbia Law School, provided questions to complement the keynote address. Her questions focused on the Digital Markets and Foreign Subsidies Acts. On foreign subsidies, Mr Guersent suggested that the goal is to create a network among Member States to facilitate good practice and assess acquisition of strategic assets by publicly funded companies. On the Digital Markets Act, he explained that a partial goal of the act is to equip the EU to deal with dominant market powers.

Two panels were hosted on the day.