Home » The future of healthcare with AmCham Croatia

The future of healthcare with AmCham Croatia

On Tuesday, 26 April, AmCham Croatia organised a conference titled ‘The Future of Healthcare’ where Jelka Drašković, Director, Key Markets Europe and Canada, MSD, presented some preliminary findings for Croatia from AmCham EU’s upcoming ‘Economist report on Health System Dynamics in CEE’, which will be released soon. As issue lead of the report, Jelka represented AmCham EU in Zagreb and spoke about healthcare financing and resources of Central and Eastern Europe, as well as the provision of care and an assessment of the health systems in the region. 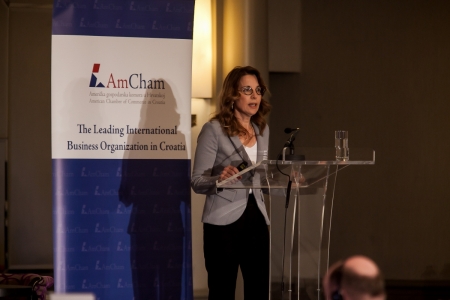