The Executive Council of AmCham EU held their annual Fall Plenary with top officials for the very first time in a hybrid format. The group brings together senior business executives responsible for the European operations of some of AmCham EU’s member companies and is chaired by Chris Delaney, President, EMEA, Goodyear. Discussions over the two days focused on the economic recovery and resilience, European Green Deal, Fit for 55, the transatlantic relationship and COP26. 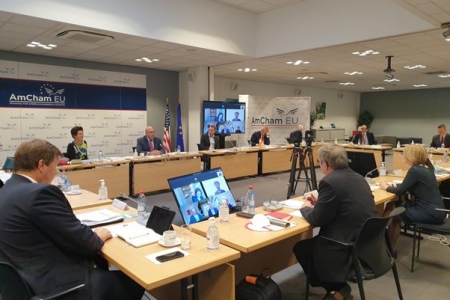 On Monday, 25 and Tuesday, 26 October the group met with:

Read more about the Executive Council.